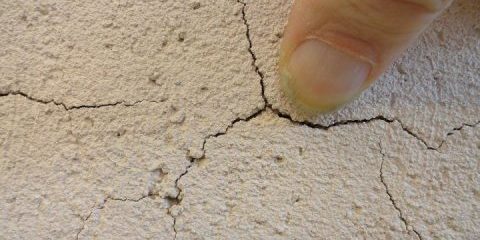 To adapt mortar to new building materials and industrial methods, the content in walls and plaster changed during the 20th century. The change meant that knowledge of historical materials and methods for producing mortar were lost. New research at the University of Gothenburg reveals that historical binding agents and mortar can be produced and used in present-day plaster restorations.

“We need to reclaim this knowledge to care for and preserve historic buildings constructed with other materials than those used today,” says Jonny Eriksson at the Department of Conservation at the University of Gothenburg, the author of the new thesis.

“The change involved using new materials and methods to make mortar. At the same time the knowledge of craftspeople on how to make binding agents and mortar for bricklaying and plastering in different situations was lost.”

The lack of knowledge first became apparent late in the 1960s because the new mortars were damaging historic buildings.

“For long-term and sustainable maintenance of historic buildings, we need to reclaim knowledge that has been lost,” Jonny Eriksson says. “And this requires collaboration among crafts and professions such as architects, engineers and antiquarians. More craftspeople also need to be trained in research on building conservation.”

For his thesis Eriksson investigated the formation of shrinkage cracks in plaster. He has studied the feasibility of using mortar mixed with the traditional proportions in use until the 19th century. He conducted his investigations will restoring plaster on a medieval church in Tanum municipality in northern Bohuslän.

“It became apparent that it is practical today to make and use the old-style of mortar. These mortars with a high content of binding agents need to be mixed with newly slaked lime, which is lime that has just been slaked with water,” says Eriksson.

During the 20th century, builders discouraged this particular production process. They thought it produced defects in the plaster. Instead they recommended preparing slaked lime one to four weeks before use.

“This was contrary to fundamental practices in the 19th century, when recommendations called for the use of newly slaked lime. The rationale was that this made the mortar more durable.”

The research results show that the older artisanal mortar with a high content of binding agents can also be made today. It also shows that the mortar can be used for plaster without unacceptable shrinkage cracks or blisters from unslaked lime.

“Our experiences with using these old-fashioned mortars in various construction projects indicates that the mortar has good durability. But the lime needs to be newly slaked when used and not stored after slaking nor processed to be packed in a bucket or barrel for later use, for example,” says Eriksson.

Slaked lime is produced by mixing lime and water. This releases energy in the form of heat, and slaked lime forms. Depending on how much water is introduced into the process, slaked lime forms as either dry powder or a wet paste. Slaked lime is used in the building materials industry and for water and flue gas treatment.

Wet slaked lime is quicklime that has been slaked with an excess of water so that it forms a lime paste. Normally this lime is stored for some time before it is mixed with sand to make mortar. Storage is done to avoid damage.

Materials provided by University of Gothenburg. Note: Content may be edited for style and length.